Under the pseudonym ‘Harry Bongo,’ Harry Docherty works as a composer, producer and recording artist. Based in Edinburgh, Bongo has gained notoriety for his entrancing live performances, vibrant DJ sets, multimedia collaborations and his contributions to a diverse range of local bands (such as instrumental outfit AVU). His musical output ranges from contemplative ambience to blistering crescendos, incorporating sampling of found sounds and electro-acoustic textures. In his solo work and contributions to different musical projects, Harry explores emotion through primarily instrumental music and bringing out a sense of humanity from electronic technology. Through his live performances and multimedia collaborations, Harry also explores the relationship between music and different visual mediums and how they intertwine to create meaningful experiences for people.

Recording and performing music from a young age, Harry went on to release an adventurous debut album in 2016, just before beginning to study BA Popular Music at Napier University. Presently, he is studying further in a Masters course in music at the same institution. During his time at Napier, Harry has contributed to a number of innovative projects, including low-latency network improvisation and performance in real-time with musicians around the world.  Harry recently delivered an acclaimed performance as part of the renowned arts festival Hidden Door’s Facebook live show, and he will be returning to Hidden Door in 2021.

Harry’s music is known for its cinematic quality, which not only marries beautifully with projected visuals during his live performances, but has also led him on many interdisciplinary collaborations. Among his original soundtracks include films produced by independent filmmakers, film students,  Screen Education Edinburgh, and the award-winning documentary filmmaker Amanda Rogers.  Harry has also been commissioned for a number of original audiovisual installations and exhibitions, most notably by the visual artist Gina Fierlafijn Reddie.

Harry is currently working on his next major release. 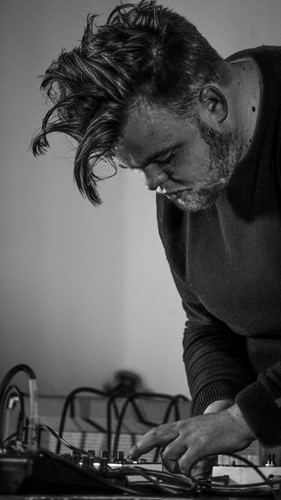