Ollie Turbitt (The Only Fun in Town: A Primer for Edinburgh’s Experimental Music Scene)

Particularly arresting is his solo output, which sees Harry take complete creative control as he crafts an array of beautiful minimalist works. I use the tag ‘minimalist’ tag here with reference to the art music movement rather than production – while such comparisons are reductive, echoes of Reich, Glass and Riley are everywhere on his releases, as repeating mallet sequences evolve into rich climaxes of strings, guitars and percussion.

Harry’s self-titled 2016 album displays the breadth of his oeuvre: centrepiece ‘Vessels’ begins with a pulsating groove (which isn’t too far removed from Reich’s Music for 18 Musicians), and this quickly morphs into an intense, cinematic swirl of computerised arpeggios and throbbing drums. Pieces such as ‘Prague’ and ‘Ashes’ are more restrained, with layers of lush strings and field recordings creating a warm sense of space.

After an almost two-year break, Harry released ‘Three in Four’ in late 2018, a hectic single which twists and turns, weaving samples of Björk talking about her TV over frantic drum loops, distorted pianos and wild, echoing synth bleeps. Without giving too much away, I can recommend keeping an eye out for an imminent release – Bongo is back (and in good form, too).”

pod is a really exciting listen, with so many contrasting sections blended together seamlessly. There are subdued, careful moments and huge dance music style crescendos that would sit comfortably in a club environment. Harry’s hip-hop and electronic influences are clear throughout, especially through his heavy use of sampling, ranging from ABBA to S Club 7 and even 1970s Tolkien film soundtracks. pod is incredibly distinct in terms of style and sound, and Harry has certainly found his expertise and niche in this 15-minute rollercoaster composition. 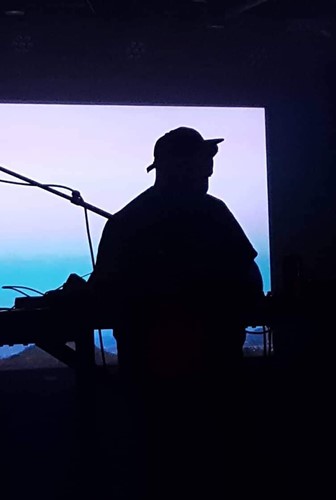